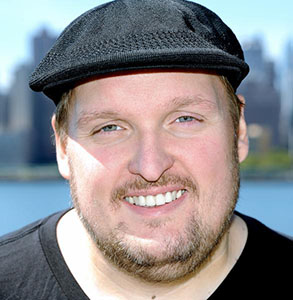 Inspired by his New York City roots and an eclectic collection of artists – including comics Robert Klein, Richard Pryor and Freddie Prinze, with traces of John Coltrane, Jack Kerouac and Beyond the Fringe thrown in for good measure, – Jim blows right by the standard comedy fare. Simply put Jim Mendrinos carries on an hour-long conversation with the audience. His act is a comedic exploration of emotional peaks and valleys challenging the audience to mine the topics with him.

Jim is a seasoned, professional stand-up comedian. Starting at the age of 19, the audience has seen Jim grow up before their eyes, appreciating his unique outlook on life every step of the way. The audience goes from the laughter of recognition, as Jim covers the things they were talking about ‘just today,’ to the laughter inspired by delighted wonder as they experience new things through the flat out funny observations of this trusted performer.

He is respected in the industry, so much so that he was asked to author “The Complete Idiot’s Guide to Comedy Writing” (Alpha Press, © 2004.) Jim’s comedy has been featured on stand-up stages around the world. He’s brought his special brand of funny to Current TV,  SiTV, Comedy Central, The Fox News Network, HBO and the BBC.

Jim Mendrinos is the comic who you will laugh hard with tonight, and quote for years to come. 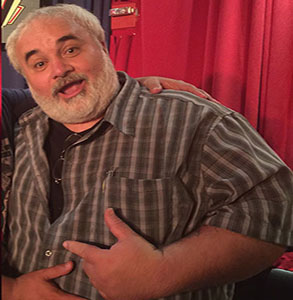